Welcome to LK Wealth Management Group, we have over 40 years of combined expertise to serve you best.
12th April 2021 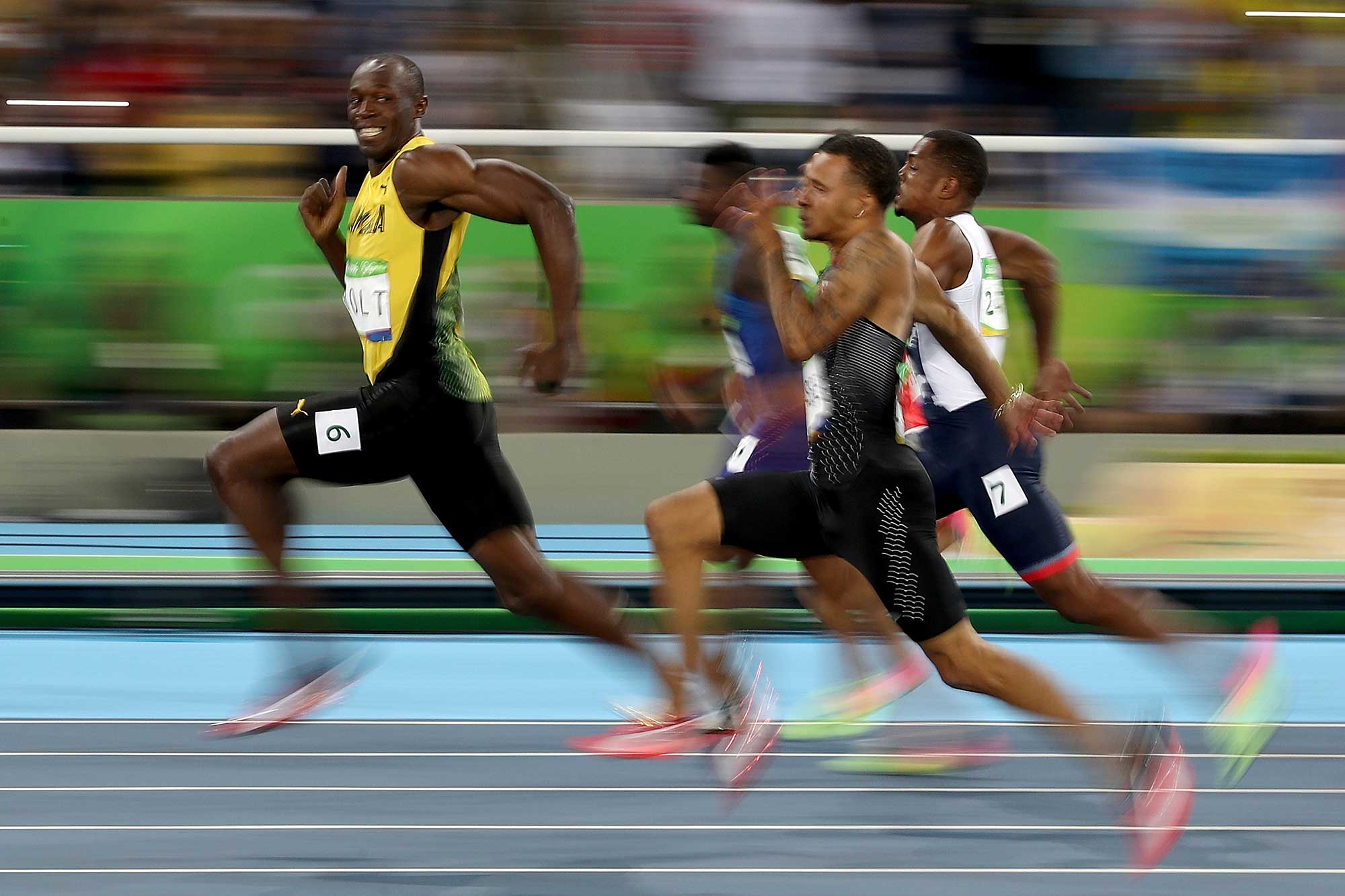 The Markets Mimic The Olympics Minus The “Bolt”!

The Olympics came to an end this month and it had some similarities with the market. Records were being broken and new highs in the US were being achieved despite relatively light volume and empty seats at some Olympic events. Despite the lack of any economic drama, it was nice to have a boring month opposed to the volatility we have had over the past year. The economic numbers in August were generally good. Even when weaker numbers were reported (retail numbers) the market continued to view it as, “it’s not great, but it’s not bad”, which did not derail the continued upward trend. The combination of slow but steady growth, low interest rates, central bank policies, recovering energy prices and strong US dollar have been the magic recipe for the markets this year. 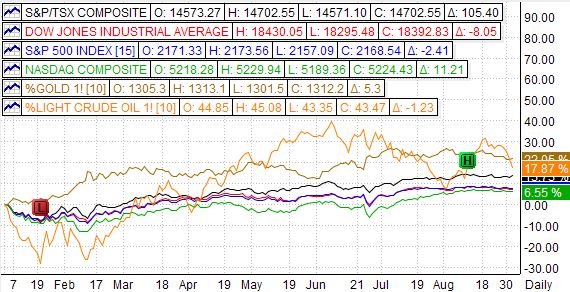 The most notable developments this month have been the following

Canada
Canada was aided by the recovery in energy prices in the previous months. The lower interest rates do appear to be stabilizing the economy but are having a slow effect. We would expect these low rates for some time going forward and in true Canadian fashion, housing prices also increased.

– Recent well performing sectors are Basic Materials, Energy, Utilities and Telecommunications.
– TSX Composite was up 0.08% for the month of August.
– Oil rose sharply at the beginning of August on speculation that oil-producing countries would agree to cut future production; but they fell once the U.S reported an increase in reserves.
– Canadian Exports finally saw a rise after a very disappointing start to the year.

United States
The US has been tracking in the same direction pretty much all year with slow growth and steadily improving job and housing markets. With each month they notch another positive to their belt in
preparation for an eventual interest rate rise which would indicate a strengthening and stable economy. This would be a good sign in a relatively weak global environment.

– Recent well performing sectors are Utilities, Real Estate, Telecommunications and Basic Materials.
– The Bureau of Labor Statistics reported that 255,000 new jobs were added in July, while the unemployment rate remained at a relatively low 4.9%.
– The Federal Reserve did not change rates but Fed Chair Janet Yellen stated that in light of the continued solid performance in the labour market and their positive outlook for the future, they believe a strong case is being made to increase rates in the coming months.
– The consumer price index that measures inflation remained unchanged after rising in each of the previous 4 months.
– This month, the Census Bureau reported sales of new single-family homes increased 12.4% compared to June, and were 31.3% above July 2015. While the median sales price of new houses sold in July 2016 was $294,600; the average sales price was $355,800. – Consumer confidence remains high, with an August reading in the low 90’s.
– S&P 500 was up 0.14% for the month of August.
– Dow Jones Industrial Average was up 0.26% for the month of August.
– Nasdaq Composite was up 1.18% for the month of August.

Global
Europe is feeling the effects of not only Brexit, but a weak economy. The currency devaluation has helped their markets but with every positive gain there is something holding them back. The next 6 month will be interesting to see on how they will recover. China and India have shown signs of bolstering economies as manufacturing is beginning to pick up again.

– Global central banks explain that some of the most recent market strength is as a result of continued support for riskier assets as Central banks ease monetary policies. This has left global stocks higher while bond yields remain at all-time lows.
– Bank of England cut rates by 25bps to a record low 0.25% and purchased corporate bonds and introduced as well a new bank lending program in the wake of Brexit.
– MSCI EAFE was down 0.12% for the month of August.
– MSCI Emerging Markets was up 2.49% for the month of August.
– Chinese PMI (Manufacturing) came in the highest it’s been in a year.

Eye on the month ahead
– Biggest question: Will the US fed raise interest rates September? If so, will it only be one hike or more for the rest of this year?
– Will the markets continue to go up, despite the low volume in the market?
– How is the European Union going to kick start their economies, with a potential referendum vote in Italy?
– Will OPEC and other oil producing countries reach a deal to limit oil production?
– Can housing prices continue to soar in the Toronto and Vancouver areas?

We continue to believe having a globally balanced portfolio with a focus on low volatility will help lower overall investment risk while having the ability to capitalize on investment opportunities.

The Effect of Interest Rates on Inflation and Recessions

Inflation refers to the rise in the price of goods and services over time. It is the result of a strong and healthy economy. However, if inflation is left unchecked, it can lead to a significant loss of purchasing power. As a result, the Central Bank (Federal Reserve in the US) watches inflation indicators such as the Consumer Price Index, Producer Price Index and Job reports. If these start to rise, the job of the Central Bank is to raise their overnight lending rate to keep prices under control.

How Interest Rates Affect the Stock and Bond Markets

When comparing investments, such as a dividend yield on a blue-chip stock or the interest rate on a GIC, investors will often choose the option that has the highest rate of return with the least amount of risk. The overnight lending rate tends to determine how people invest their money.

With the eye on the Federal Reserve, it has been apparent that they are being very careful not to trigger a slow-down in the economy by rising rates to suddenly. Regardless, if they raise rates this month or next month, we have been hearing a common theme and that is that interest rates will be low for a long time. 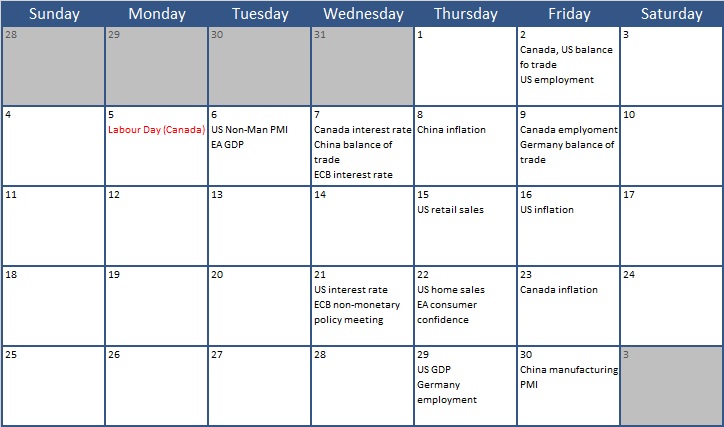