Welcome to LK Wealth Management Group, we have over 40 years of combined expertise to serve you best.
27th October 2020 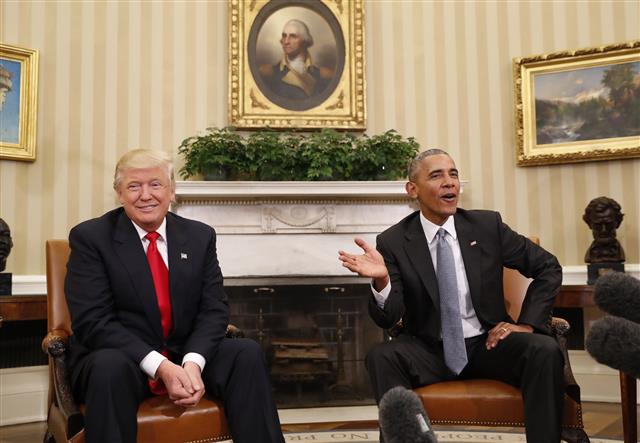 While everyone is probably tired of hearing about the new US president-elect, his inauguration will be the event that will continue to dominate the headlines and may have a few lasting effects on the financial world. The inauguration day will be headlined by Jackie Evancho (the 16-year-old America’s Got Talent runner up, for those who do not know), 3 Doors Down, and Toby Keith. This is after many performers turned down the invitation to be at the event fearing the backlash that may come from it. The rest of the agenda will include a farewell to the previous President, taking of the oaths, and the presidential address.

Once the show and dance is over the real work begins and while the country cannot be changed in a day there are a few things the President does have control over and can put into immediate action. Here are a few of his pledges:

Appoint judges “will uphold the Constitution” and “defend the Second Amendment”.
Construct a wall on the southern US Border and limit immigration”give unemployed Americans an opportunity to fill good paying jobs”.
Re-assess trade agreement with other nations and “crack down” on companies “that send jobs overseas”.
Repeal and replace the “Patient Protection and Affordable Care Act (Obamacare)”.
Remove federal restrictions on energy production.

Some are quite easy and will not have a financial impact but building a giant wall and replacing the ACA may take a lot longer than he initially thought. While these are the attention grabbing headlines the biggest change will be the shift in government. The US is moving from a Democratic presidency to Republican presidency after 8 years of a liberal government and the change may be a bit of a shock to the system. Here are few major differences in opinion between the incoming Republicans and the Democrats:

Regulation: Republicans believe in less regulation than the Democrats.
Example: Bank Lending
Action: Republicans would like to increase the bank’s ability to lend.
Possible Positive Result: More money can be lent to businesses to build and expand, helping the economy.
Possible Negative Impact: Lending too freely creates more risk of loan defaults.

Environment: Republicans generally do not believe in global warming.
Example: Push the use of clean renewable energy sources like solar and wind.
Action: There will be less funding for these projects.
Possible Positive Result: While “green” production will grow, “cheaper” energy sources like coal can be used more freely and less money will be spent.
Possible Negative Impact: This could hurt the environment.

Taxes: Republicans believe that less taxes help grow an economy.
Example: If less tax is paid there is more money to spend on expanding a business.
Action: Tax breaks for corporations.
Result: Corporations use the extra money to expand and create more jobs.
Possible Negative Impact: They do not redeploy the new savings and keep it as corporate profits.

These are a few of the differences that you can expect from the new government which believes in less government control and less regulation. Understanding this mentality makes understanding of how this will affect us in the years to come a little easier.

While we are not here to comment on the social factors of the United States, financially these changes are textbook expansionary policies. With the improved economy and strong job growth, this second stage of fiscal stimulus should help the US reach another peg higher. In a time with zero percent interest rates and depreciation currencies, a strong American dollar and “wealthy” US consumer could be what the globe needs to inject some growth after many years of stagnation.

What can be expected…

1. Less Regulation
Regulation has tightened in the US since Obama came into power. Some of the areas that have the tightest regulation will be the finance sector and the energy sector. You can expect these areas to become more profitable with more decreased regulation.

This will take time as these policies cannot be changed overnight.

2. Less Taxes, More Foreign Tax
Trump believes in decreasing domestic tax and increasing import tax. He believes this will bring jobs back to the US and give corporations that operate domestically more profits. Lowering the personal tax rate and corporate tax rate creates more dispensable income from individuals from creates greater corporate profits but this does lower the taxÂ received by the US government that may cause a greater government deficit. He plans to offset this with increased import tax. This will provide the US population with extra money but imported goods may raise in price as a consequence to the import tax.

This is the one that may take a while to implement, but it will be the most impactful. We anticipate the change to happen but not to be as drastic as he may have promised.

3. A less “Green” America
Trump does plan on removing many environmental restrictions set out over the past 8 years. This will help companies expand faster and spend less on making sure their companies are environmentally friendly. This should benefit the energy industry

This can happen relatively quickly but the trend to be “green” will continue.

4. More Volatility, maybe?
Changes and uncertainty bring volatility to the marketplace. While trump has promised the above, many companies are taking the wait-and-see approach. There are many people that believe Trump will fall short on his promises (as almost all president’s do) and we will land somewhere in between the current status and what he envisions. Until then most companies will not make a large commitment in either direction.

In Conclusion,
There have been many promises made by the upcoming president but most are large changes that won’t happen overnight. An example would be the Affordable Care Act (Obamacare), which was a major headline when Barack Obama was elected in 2009, and was actually only put into practice in 2014. While small changes will be implemented relatively quickly, large changes take a long time. The changes in theory should help the US make a stronger economic push, which means a stronger US dollar, increased inflation and larger profits. This could come at the cost of a larger US deficit and a step backwards on the social front, but time will tell and the first 100 days will be a good indicator on the direction and pace we can come to expect from the new administration.

More articles and information is available at www.lkwealth.ca

Disclaimer: Echelon Wealth Partners Inc. is a member of IIROC and CIPF. This document has been prepared as a monthly market update and does not contain any recommendations for any particular investment. It is not an offer to buy or sell or a solicitation of an offer to buy or sell any security or instrument or to participate in any particular investing strategy. Any investment decision should be based on your own risk tolerance and investment objectives and reviewed with an investment advisor. Any opinions or recommendations expressed herein do not necessarily reflect those of Echelon Wealth Partners Inc. The data used in this document is from various sources and is believed but in no way warranted to be reliable, accurate, complete and appropriate.

This publication is for informational purposes only. The statements and statistics contained herein are based on material believed to be reliable, but are not guaranteed to be accurate or complete. It is not an offer or solicitation with respect to the purchase and sale of any security, investment fund, or other product and does not provide individual financial, legal, tax or investment advice. Please consult your own legal, tax and investment advisor. Echelon Wealth Partners is not liable for any errors or omissions in the information or for any loss or damage suffered in connection with its use. The information contained in this report represents the view of the Echelon Wealth Partners Inc. and was developed from sources we believe to be reliable. We do not represent that such information is accurate or complete and it should not be relied on as such. Any opinions expressed herein reflect our judgment at this date and are subject to change. Echelon Wealth Partners Inc. and/or employees from time to time may hold shares, options or warrants on any issue included in this publication and may buy or sell such securities. This publication is not to be construed as an offer to sell or solicitation to buy securities.